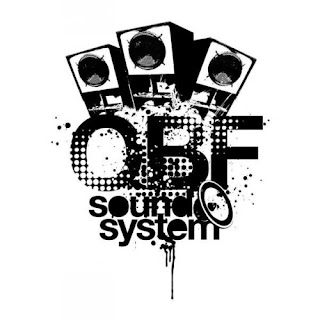 Original Bass Foundation ( OBF ) is currently the most renown soundsystem in whole Europe. Their music is DUB, but they make/play not only UK style rootsy steppers, but also play Dub has influenced by ragga/dancehall and other music. They play those new school dub with their tuff bass boxes set to kill. If you were at Outlook fest 2013, you must have bounced your chest in the yard. We Riddim Chango FM did an interview with Rico ( selector and  track maker of OBF ) about their releases, soundsystem and reggae culture around him.


● Could you please introduce what OBF is and members

● How did you start your career as OBF?

We Started OBF in the cave in Geneva. After collecting music for years, we decided to organise our own dance in an underground place, cheap entrance, home made sound and positive message and vibez.

● Your music sounds it is influenced not only Roots/Dub/Digital Dancehall, but also something else. Do you have any musical influence apart from Reggae?

yes you know, as a youth from the 80/90's we grew up with hip hop /rap / raggamuffin / reggae and electronic music, this was what all the youth were listening in France. And I think you can find different influences from this period in our music, we still have those influences, You know. I think it s good to listen what is going now in the music business to know where you are going and where not to go .

● Could you tell us the spec of your soundsystem? ( if you don't mind )

12bass boxes turbomax loaded for low frequencies!!!, then mid and tops for higher frequencies,,, sharp!!!!, and we use some home made amps,, and some commercial stuff. 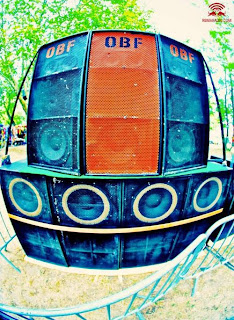 ● Currently you base Geneva/France and France has been establishing itself as the leading reggae country these years. Do you think why Reggae scene is getting so much bigger in France?

Reggae always been big in France, when I say big that was like people loved gladiators, burning spears and stuff like that. but anyway that is reggae. but we had a French artists who were alright, some of them were big like raggasonic, and they did a lot for the reggae scene in France,, including us ( and they were singing in french so that s good for the message,, because sometimes lyrics are hard to get / understand for French massive,,, ) anyway, reggae always been big in France, but now,, dub scene is getting stronger and stronger, and people love it and feel it! Because you can find a lot of influences in it,,,, also you can see Rasta people, youths, old people and electronic music lovers are having a fun together in dances and feeling the vibez together, and we love it! because we are not the kind of crew playing tunes for only one kind of people,, we play for everyone!

● Also you have been playing in UK constantly, What do you reckon the difference between British dub scene and French one.

UK's massive scene has got the proper roots sound system culture of course. They've been growing with the culture all over the country. For example people don't get surprised when selector press stop button and grab the mic for 2 minutes beetween 2 tunes and talking to people,, and crowd understands tunes goes from pt 1, pt 2 to  pt3 dub mixes, they are used to see the way to play dub.
but it becomes normal in France as well,, French people used to it now, and they love it. 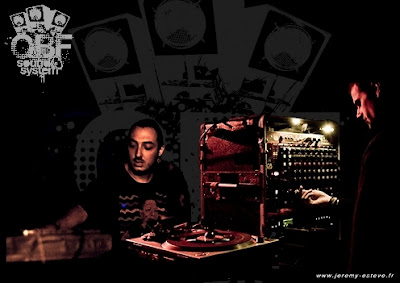 ● Which artists do you notice/remark at the moment? ( artists in France, Europe, wherever )

there re too many artists to mention,,, but... here we go,, sorry for those I forgot to mention...
about the dub artists, I mention the local artists only because too much to mention!!! sorry.... So this one go to all the Geneva crew,, the young generation are ready for everything, buildin dubz, building boxes, mixing riddimz like crazy,, trust me,, like dub fever, Iron Dubz, Sis I-leen, Natural Steppers, Jahmean Possee! and more..
for the forward think reggae music ting.: stand high patrol since long time ago!! respect anytime familly! PART2SYLE from Japan, you know them? And Mungo's Hi-Fi / Iration Steppas / Jah Tubbys / Aba Shanti / Bush Chemist are BIG, but we knew that people allready know... but I wouldd like to mention them one more time!
● What is OBF's plan in rest of 2013 and future?
We have a release coming soon with Wayne Smith, and,,, more infomations are coming soon,,, and we gonna promoteour new label soon.. Dubquake record with weeding dub featuring a grime MC on A side,, and a proper OBF bad boy dub on B side. more infomations are coming soon

● What do you know about Japanese Reggae/Bass music scene? if you know and reckon something, please let me know.

I know Dry & Heavy since long time ago ( BIGGG ), Mighty Massa, and Shaggy Itak, They are proper dubwise artists, no compromise, so I love it! Some new stuff coming outta Japan. They mix digital reggae with brand new electronic influence like PART2STYLE and Reggae Toybox and we love it in france!!! brand new dub makers linked us recently like Sak dub-I and Pupa Kazuman and their tunes sound rufffff. Apart from dub/reggae style, we love Goth Trad because he knows about dub music and u can feel it in his dubstep , respect for that! Tuff riddim! 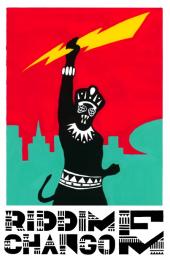 1TA & 3RD BALL
1TA is a DJ, Riddim Maker in BIM ONE and host to Alejandro a hugely renowned annual party in Tokyo. He began his career in the mid 90's as a DJ specializing in Digital Dancehall and all reggae music. Throughout his career he has evolved, adding versatility to his style by combining Downtempo beats, World music and Dub to his regular playlist. and especialy Japanese alternative music as well. DJ 1Ta-Raw moved to London in 2010 and has been relentlessly recording tracks and mixes inspired by his time here.

3RD BALl is a Lodon based DJ from Japan plays all sorts of reggae music and bass side of UK Club Music, running a monthly night "Riddim Adventure" in Brixton 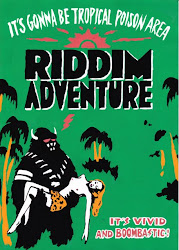 Send me
your sounds